Date of arrival
Date of departure

The original building was a fortified mansion and stood in the XIV century, being a property of the von Sitten family. It was then taken over by two monasteries: the Minorities and from 1529 the Premonstratensians. During their reign, the building gained 3 wings in the Renaissance style and has been transformed into a palace. Over time, a facade and 3 towers in the Baroque style were added.

In the famous battle of Waterloo, Napoleon Bonaparte was defeated by a Prussian Fieldmarshal Gebhard Leberecht von Blücher who for his merits was given the Palace in Krobielowice by the prussian king Frederick Wilhelm III.

Fieldmarshal died in his residence in 1819, after an unfortunate fall from a horse. The funeral ceremony was attended by many, even by the prussian royal family; the king along with his sons. The slayer of Napoleon was buried in a nearby village called Wojtkowice. After a few years, as a final destination of the hero's repose there was chosen a pine hill nearby Krobielowice with a mausoleum standing on the top.

The palace is now in the hands of a New Zealander, related to the Blucher family, who as a little boy, was given a picture and a drawing of the palace made by his aunt. The man, fascinated by the place, decided to visit Krobielowice and eventually he bought the ruin and renovated it. The restoration of the building lasted 4 years and the Palace gained a restaurant, hotel and a golf course.

In every corner of this place, you can feel the spirit of an extraordinary history. Authentically preserved elements from years ago bring to life character of the past. We cordially invite you to visit us to enjoy a unique experience!

Choose a package tailored to your needs 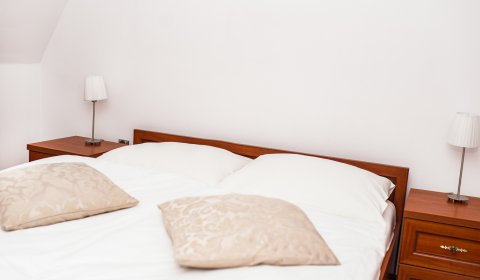 Price of the day- flexible offer

from 160zł /night
see details
see all
Newsletter
Join our NEWSLETTER Use the promotions and discounts
This website uses COOKIES.